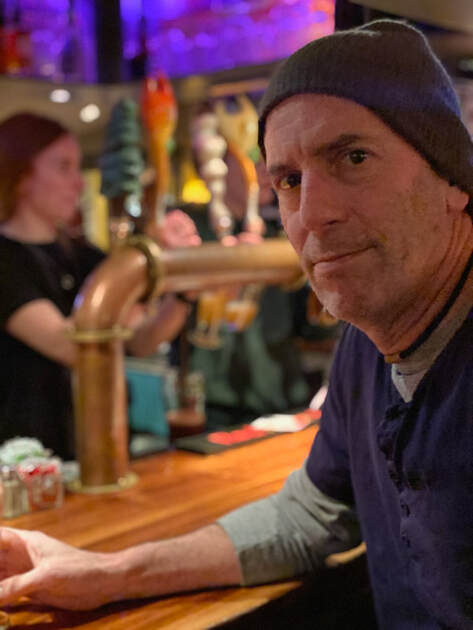 Q: Can you talk about your musical history?

A:  I was trained from a young age on the guitar but shifted to the bass and played in several indie bands, eventually getting signed to an indie label and putting out a few records. Touring at that entry level elevates the spirit but is can be trying too. Most of my early gigs were up and down the east coast from Boston to Virginia and everywhere in between, sleeping on floors and enduring long car rides. Clubs like the 930 Nightclub in DC, City Gardens in NJ, JC Dobbs in Philly and John and Peter’s in New Hope, Pa. were favorite spots. I wouldn’t trade those experiences for anything. They served as the foundation that fuels my music today.

I put music on the back burner for quite some time and picked it back up again about six years ago, but wanted it to just be me as a solo artist, so I dusted off my Martin acoustics and started writing and performing again, which lead to the recording and release of my solo album Chasing Ghosts in the Dark.

As for influences, I always had a fondness for older moody bands like the Cure, Nick Drake and XTC, and more recently the Black Rebel Motorcycle Club, Fink and Alexi Murdoch but in recent years have also discovered emerging artists like Julien Baker and Phoebe Bridgers not to mention Youtube sensation Josh Turner.  Put all of that in a pot and mix it up, then add my own personal twist on things and you get Sean Hopkins.

A: songwriters all have their own style of creating and developing a song. Some start with lyrics and add the music to support the words.  I am the opposite. Whenever I have a free moment, I grab a guitar and start to fiddle with different chord progressions and alternative tunings (I used a BEBEBE tuning a few times on Chasing Ghosts in the Dark). When I get a riff or run that captures my attention, I start to add in the vocal melody. When those two are in place I will start to replace the vocal melody with actual lyrics. Song lyrics could come from my journal or just come from my emotional state of mind at that moment. If I’m sitting with my guitar and its raining outside, what I am feeling at that moment will find its way into my song. You have to allow yourself to be emotionally vulnerable and then let that hurt (or joy) find its way onto the page. Don’t underestimate the power of real emotional experiences. If you can’t feel it, you can’t write it and the listener can’t take that journey with you.

Q: I was wondering how you would explain the themes and concepts on Chasing Ghosts in the Dark?

A: Chasing Ghosts in the Dark is a collection of songs that I started writing pre-pandemic and then continued through lockdown. A 2019 trip to Key West and watching street performers do their thing in Mallory Square jump started the craving to write again and to capture those moments lyrically (the song “Winter’s Breath” is that experience).  One song lead to another and the writing process just started to flow. A Sunday morning cup of coffee on a friend’s back stoop watching church goers gather in a parking lot for a socially distanced, outside service lead to the song “Chasing Ghosts in the Dark.” Sitting in my reading room at home while rain poured down outside gave me “Tears Surround You.” Sitting on a porch and watching a hummingbird repeatedly come and go, lead me to write “Summer Stare.”  I think that overall these songs are about longing but there are happy moments in there too. Meandering the beaches and forests of Costa Rica, was one of those happy moments and it gave me the song “Wish With Me.” Lastly, the most important song on the album for me is “Light Shades Grey.” It was written for my girlfriend when she needed to be picked up and reinforced.  It was my love letter to her.

​In the end, the “theme” of the album is everyday life observed through my eyes, with a lot of me in the frame too! 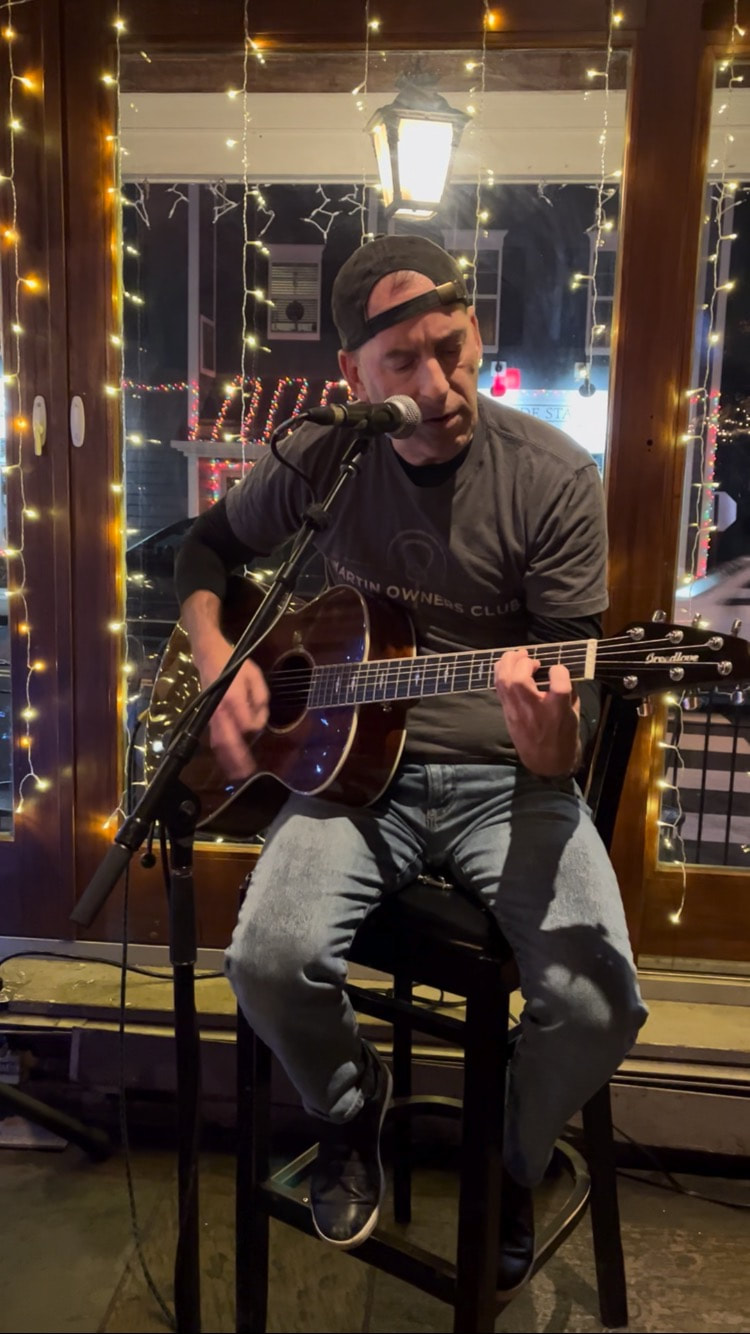 A: Normally, I write songs on an acoustic guitar. Definitely a singer/songwriter approach. That’s step one and in many ways the hardest step to take. From there I will record a demo in my home studio. The basic demo track is always a “live” version with vocals and acoustic guitar being laid down at the same time. Then I will add backing vocals, second and third acoustic guitar tracks, and finally something percussive (if the song calls for it). I’ll sit down at my DAW (digital audio workstation) and rough out a quick mix. Then the song is memorialized.

For the album Chasing Ghosts in the Dark, I enlisted a talented local producer and musician, Woody Jiang (2020 album release The Experience is Real). We converted the first floor of my house into a working studio and set up shop for about six weeks, laying down vocals and guitar tracks under Woody’s watchful eye.  Sessions ran anywhere from three to six hours. We matched most of the song components that were in the demos. Some of those components stuck and some were tossed, while new ideas were added.

Once all the recording was done, the next six months was spent mixing and mastering one song at a time using Avid Pro Tools.  Woody and I would connect virtually and work through each song’s construct. If I felt something needed to be added I would verbally convey that to Woody and give him free license to interpret my thoughts and add in elements like piano, percussion, strings, electric guitar, etc.  This is where he served as a session musician as well.

It was an excellent creative process and I loved watching the songs come to life over time, eventually releasing the album on all major platforms on June 24, 2022.

Q: Are you working on new music?

I have about four new songs that have been recorded in a demo fashion.  When I get to five or six, I might consider recording an EP, but the reaction to Chasing Ghosts in the Dark has been so overwhelmingly positive that I want that project to have a long and full life of its own before I embark on another project.  That said, there will definitely be more to come!!!!

Q: Have you started playing shows or virtual shows?

A: Yes. I have been venturing out into clubs and bars and performing many of the songs on the album. The reaction has been positive. Nothing beats interacting with an audience and other musicians too. I love the camaraderie that exists with other musicians and songwriters. Even if your styles are completely different, a musician is a musician and we all share the love of our craft. I hope to ramp up this side of my musical journey in the near future, both in person and virtual.

A: In many ways I tend to be a perfectionist but I learned a long time ago that it is the imperfections that create art, and should be embraced and celebrated. I am not sure where life will take me next but I do know that wherever it is, it will wind up in a song!
Check out the full critique